To the Whole Society

Dear Brothers and Friends in the Lord:

The canonization of Blessed José de Anchieta on this date, April 3, is an event that the Church in Brazil has greatly desired for a long time. He was proclaimed Apostle of Brazil, a title for which he is known to this day, by the Archbishop of Rio de Janeiro in the city of Reritiba in the same Church of the College where his funeral was celebrated in 1597.

The Society must not refuse this invitation offered to present anew this versatile figure who is inspiring and extremely relevant to this day. What does the Lord want to say to us in giving us the gift, in less than a year, of Church recognition of the evangelical value of the lives of our two companions, Peter Faber and José de Anchieta? These are two men who accomplished missions so different and yet so similar in the Jesuit spirit that should animate our mission. Both, with the passion of their lives, invite us to discover that the "restoration," more than being a mere historical event for us, ought to manifest the ever present "mode of being" of an apostolic body in continuous re-creation.

José de Anchieta, "of medium height, lean, with a strong and decisive spirit, bronzed features, bluish eyes, ample forehead, large nose, thin beard, and with a happy and friendly face," spent 44 years of his life traversing a good part of the geography of Brazil and carrying the good news of the Gospel to the native peoples.

The third of ten children in the family of López de Anchieta and Díaz de Clavijo, José de Anchieta was born in Tenerife (Spain) in 1534. On his paternal side he was a relative of the Loyola family, and through his veins flowed as an inheritance from his paternal grandparents the blood of converted Jews. Early in life he was sent to study at the University of Coimbra (Portugal) during the golden triennial of the then recently founded College of Arts. His vocation to religious life was born in a climate of ideas and moral liberties that did not favour it, perhaps stimulated by the example of some Jesuit companions who were influential in the university. In fact, the letters of Francis Xavier influenced the young university students all over Europe.

Admitted to the novitiate of the Society in the province of Portugal on May 1, 1551, he  contracted soon after a serious articular bone tuberculosis, which at the age of 17 caused a visible curvature of his back. His anguish at being considered useless for the apostolate was much alleviated upon hearing the consoling words of Fr. Simón Rodrigues, founder of the Portuguese Province: "Do not be sad about that deformation. God loves you that way." And there was hope in the air: letters of Fr. Manuel de Nóbrega began to arrive from Brazil that proclaimed the health benefits of the climate of those lands for any type of illness. And so Anchieta right after pronouncing his first vows headed there on March 8, 1553, at the age of 19 in the third Jesuit expedition that set sail for Brazil.

Here we come upon the first of the paradoxes of this young Jesuit: the strong contrast between his physical fragility and the intense apostolic vitality that he manifested uninterruptedly for 44 years traversing numerous regions of Brazil until his death at the age of 63. The life of José de Anchieta was apostolic and radically evangelical. "It is not enough to leave Coimbra - he said to his sick brothers who remained there - with a fervour that soon withers before even crossing the line (of the equator) or that soon grows cold, and desiring to return to Portugal. It is necessary to have the saddlebags full to last till the end of the day."

The challenges of our mission today increasingly demand 'the revitalization of the apostolic body' of the Society. The spring from which Anchieta drew apostolic vitality was his profound spiritual experience. The solidity of his reputation as a saint and miracle-worker rests on his love, prayer, humility and service.

One of the critiques made about him before the Visitor was that "he had too much charity." In the eyes of his critics his excessive goodness was the cause of a government that tended to be too lenient. Fr. Gouveia, however, did not share the same opinion. He finds him to be "a man faithful, prudent, and humble in Christ, very well liked by all, about whom no one has had a complaint, nor is it possible for me to find a word or action in which he has done something wrong." A sincere friend of all, he knew how to combine kindness with rigour and firmness, as St. Ignatius desired in every good superior. In spite of his very visible illnesses, Anchieta's time as provincial could be considered one of the most dynamic and fruitful of his day.

Of the 44 years that he lived in Brazil, at least 40 can be characterized by constant travelling, beginning in the region of São Vicente and Piratininga, between 1554 and 1564 when the founding and first years of the city of São Paolo took place. It was a mobility which did not hinder him from dedicating himself to Latin classes and the most profound study of the Tupi language, which at the same time allowed him great missionary and catechetical activity. Named provincial in 1577, and later as superior, he visited houses and communities: father of the poor, healer of the sick and those who suffered, counselor for governors, but above all, friend and defender of the Indians in their villages.

Only in 1595 did obedience free him from the responsibilities of government. There remained for him only two brief years of life. In them he still found time to take part in the defense of the leadership of Espírito Santo against the incursions of the Goytacaze Indians. His last assignment was the village of Reritiba. There he began to write a "History of the Society of Jesus in Brazil," an excellent work that was lost, of which there remain only fragments.

Certainly he was not moved to carry out this itinerant life by any spirit of adventure but rather by a spirit of availability for the mission, of spiritual freedom and of promptness to search  and find in each moment the will of the Lord. A true apostolic fire accompanied him to the very end. "Since I do not deserve to be a martyr by any other way - he himself writes - may death at least find me abandoned in one of these mountains and there to die for my brothers. My physical condition is weak, but the strength of grace is enough for me, which on God's part will never fail."

Should not itinerancy - with all that it implies of spiritual freedom, of availability and capacity to discern and make choices - be one of the indispensable characteristics of our apostolic body? The constant travels of Anchieta, almost a way of life, could in our day inspire and animate our search for apostolic mobility in order to respond to the challenges that new frontiers set before us.

An attribute of great relevance in the human, spiritual and apostolic character of José de Anchieta is seen in his capacity to organize the mission in a well structured way, integrating the distinct apostolic aspects and the different dimensions into a single diversified and complex project, one and unique. And in the centre, giving sense to it all, is the love for the Indians: "I feel for the Indians - he himself writes from his last refuge in the village of Reritiba - who are closer than the Portuguese, because it is for them that I came searching in Brazil and not to these."

With Fr. Nóbrega, he took part in the first founding of Rio de Janeiro. The second and definitive founding did not take place until two years later with the help of a team from Portugal led by the governor himself, Mem de Sá. On this occasion Anchieta wrote his first work in Latin: De gestis Mendi de Saa. To this period also belongs the 'sacramental auto' (religious drama) entitled "Pregação universal" (Universal preaching), inspired by the indigenous reception ceremony for illustrious personages, and with which he introduced into the Tupi language the technique of verse and stanza typical of the Portuguese theatre. He always knew how to place at the service of the mission his extraordinary gifts of the perfect humanist: his mastery of grammar, his taste for the Latin classics, and his skill in the art of oration. With great fruitfulness he composed in Tupi the "Dialogues of the faith" (a major catechism for the instruction of the Indians in Christian doctrine), adapted short writings as a preparation for baptism and confession, and completed the grammar of the language most used along the coast of Brazil, Tupi.

Always an agent of reconciliation, he became profoundly involved in the dialogue with the Tamoyo Indians up to the point of being taken as a hostage and of living among them as a prisoner for five months. When peace was established with the Tamoyos and he was given his freedom, he still had courage enough to return to São Vicente and write the poem to the Virgin Of the Blessed Virgin Mother of God Mary. His lack of paper did not bother him. Couplet after couplet he wrote on the sand and then memorized those more than 5,800 beautiful verses.

Popular folklore, adapted as religious music, aided him for the presentations of "autos" in Portuguese and in Tupi. His activity in enriching the pastoral and catechetical ministry among the Indians with festive theatrical presentations was incessant. He considered getting close to the indigenous psychology to be indispensable.

We have many reasons for being grateful to Pope Francis for placing José de Anchieta before the world as a new and outstanding example of sanctity. For the Society of Jesus it is an occasion to renew with intensity the search for those horizons which he pursued and which are always new: sensitivity in the face of ethnic diversity and religious, cultural, and social pluralism; the untiring development of a fresh creative freedom and a responsible capacity for improvisation; the constant search for inculturated expressions of the Christian and evangelizing experience.

May this new intercessor help us to search for the will of God each time with more determination, and to fulfill it tirelessly. 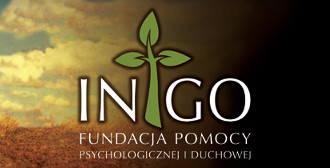 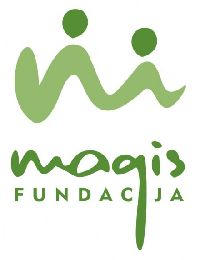 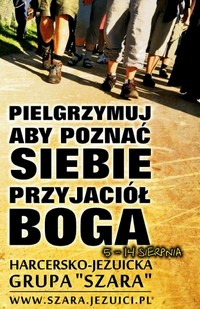 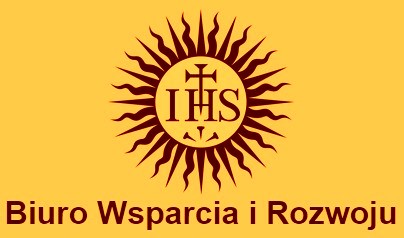